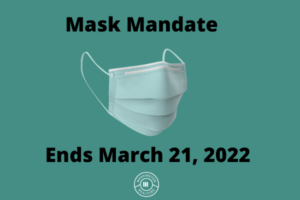 As of March 21st the mask mandate- the final Covid Mandate that directly impacts Real Estate will be lifted. There are some exceptions to this- but those exceptions (healthcare facilities, long-term care settings, etc) do not apply directly to RE brokers. Likewise, there will still be a few Covid mandates in place but those also do not directly impact Real Estate. Local governments as well as local businesses can still mandate masks if they believe that is necessary. We’ll continue to update you as new information becomes available.

The Whitman County Association of Realtors® (WCAR) is proud to announce the endorsements of the following candidates for the 2019 Elections:

Francis Benjamin
(Pullman City Council, At-Large)
Francis Benjamin has lived in the Quad Cities most of his life and has lived in Pullman since 1985. Together in Pullman, he and his wife Heidi raised three children who are now pursuing careers in health care and the military. Francis graduated from both Washington State University (WSU) and the University of Idaho. He has worked at WSU for more than 30 years —engaging his engineering, psychology, theology, and political science degrees to design psychological research experiments which answer relevant complex questions and advance information technology. He also teaches real estate and mentors entrepreneurs. Francis served on Pullman City Council from 2003 to 2015 —where he specialized in economic development— and is former president of the Association of Washington Cities. He is active in the Pullman community and currently co-chairs the Pullman 2040 initiative.

Chris Johnson
(Pullman City Council, Ward 1)
Chris S. Johnson is the Director of Finance (CFO) for the College of Agricultural, Human, and Natural Resource Sciences at Washington State University (WSU). Before coming to WSU, he worked in the port industry for more than 7 years as a Deputy Executive Director and CFO. After completing his MBA, he worked more than 8 years for the Washington State Auditor’s Office (SAO) in various roles including: Auditor, Lead Auditor, Assistant Audit Manager, Washington State Higher Education Coordinator, and Regional Audit Manager. Simultaneously to working for SAO, Chris was an adjunct professor at Western Washington University (WWU) teaching Business Management & Organizational Behavior for several years. He received his MBA from WWU and a BA in German (with a minor in International Relations) from Brigham Young University, and he completed the Executive Leadership Program at the University of Washington in 2012. Chris has been married to the love of his life Lisa for 27 years and they have four daughters. He currently serves as a WSU Student Conduct Advisor.